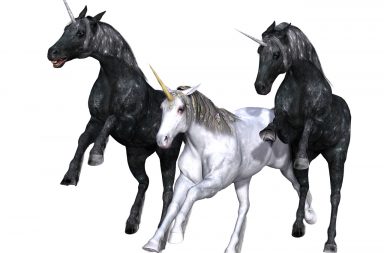 What happened: Hurun Research Institute, which also creates China’s wealthiest individual lists, released its country-wide unicorn index for the first quarter of 2019 on Tuesday. According to the group, China added 21 new unicorns in the first quarter, twice as many as in Q4 2018. The top two fields for new unicorns were AI and logistics, and which included hot autonomous vehicle startup Pony.ai. Hurun calculates that China now has 202 unicorns, possibly the highest number in any country. Of that figure, 42 are in the internet services sector, with Alibaba’s Ant Financial, Bytedance, and Didi leading the overall rankings in terms of value.

Why it’s important: Last year, Hurun reported that a new unicorn was minted approximately every 3.8 days in China, making for a total of 97 new startups worth $1 billion. However, the institute isn’t all optimism–along with the latest index, Hurun estimated that 20% of current unicorns could eventually fail. A March Credit Suisse report also warned that despite the prominence of tech unicorns in China, the percent of firms in advanced fields including AI, big data, and robotics still lagged well behind US figures. Finally, Hurun’s methods of calculating unicorns aren’t exactly undisputed. By contrast, China Money Network’s calculations put the number of new unicorns in 2018 at a “mere” 25, compared with Hurun’s 97.

Copy and paste this URL into your WordPress site to embed

Copy and paste this code into your site to embed